Skip to content
Posted inUncategorized
Posted by By rjssigns June 7, 2021

RJ’s Signs & Designs, LLC offers a clean and inexpensive alternative to painted lettering. Rather than masking, mixing, painting; then waiting for the paint to dry, RJ’s Signs & Designs offers computer cut vinyl graphics. The vinyl has an adhesive backing for lettering installation to virtually any non-porous surface, and even some porous surfaces, within reason.   Below are photos showing a finished boat lettering installation.

Once applied, vinyl lettering can be pressure washed without losing it’s adhesive properties. The vinyl works great for seasonal watercraft, as shown in pictures below.

The time and lettering process from beginning to end on DESPERADO was as follows.

1. RJ’s Signs & Designs receives order for the boat name DESPERADO to be done in black lettering with a drop shadow in green to match the boat top. Customer asks “Can we still install lettering even though boat is already launched.” RJ’s says, “No problem.”

2. RJ’s enters the name DESPERADO, into the computer. The size is set, and distortion is added to coincide with the word DESPERADO.  A comp is provided to the customer for approval and signature.

3. The Layout is sent to the vinyl cutter already loaded with black vinyl. A second pass is made to cut the green  shadow. Both lines are then weeded, leaving just the desired lettering on the carrier. Transfer tape is placed over the top of the lettering, to keep each letter pre-spaced for ease in boat lettering installation. 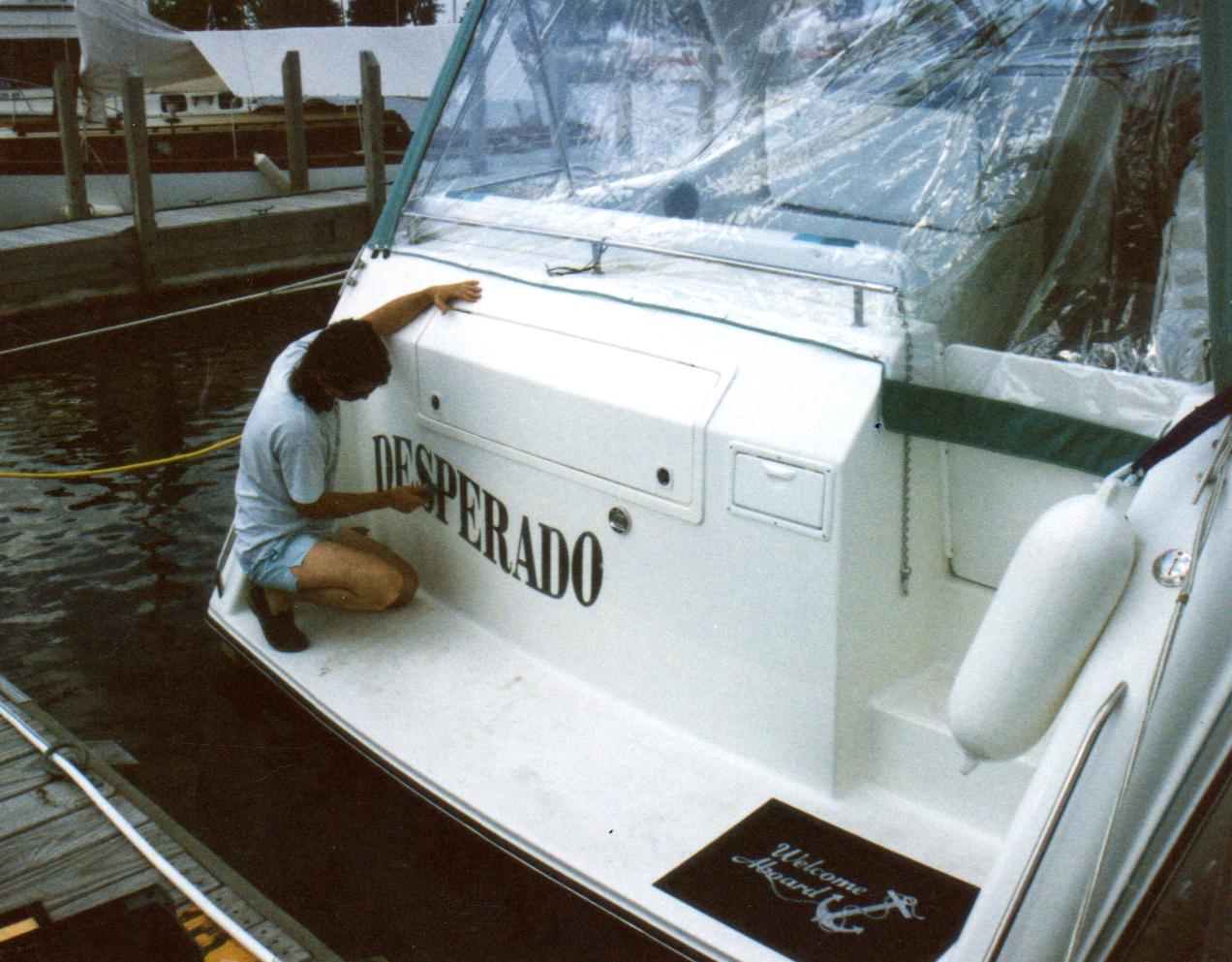 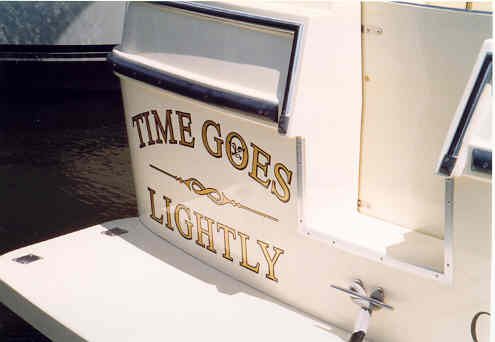 the lettering to surface. The lettering is then squeegeed to remove all bubbles and liquid from behind the lettering. The transfer tape is removed and the process is repeated with the second color; the green shadow. TOTAL INSTALLATION TIME: Approximately 40 minutes.

Should this customer want to resell his boat, he will be able to remove the boat lettering by applying heat and peeling off the vinyl lettering. Thus, adding to the resale value of the boat.

No comments yet. Why don’t you start the discussion?